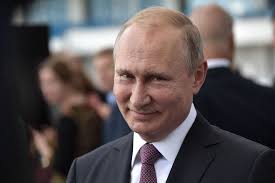 (Note to Readers: Authoritarian leaders everywhere—yes, that includes the US—are exploiting internal challenges such as the coronavirus pandemic to expand their power to repress their citizens. These power grabs also affect their foreign policies. I invite you to read two of my most recent full-length articles on that theme as it affects US-China relations: https://www.globalasia.org/v15no1/feature/hong-kong-xinjiang-and-the-insecurity-of-chinas-leadership_mel-gurtov; https://fpif.org/the-coronavirus-and-china-u-s-relations/. Links to all my recent articles are available at the bottom of my blog site: https://melgurtov.com.)

One trait dictators have in common: They believe in ruling for life. And since they’re dictators, they can count on supporters to echo their ambition and push for laws to ensure eternal control. We’re seeing this scenario play out in Hungary under Viktor Orban, China under Xi Jinping, Turkey under Recep Tayyip Erdogan, and Russia under Vladimir Putin. (Israel’s Benjamin Netanyahu is a wannabe lifer; his case is pending.)

All these men have seized on COVID-19 as an opportunity to intensify repression and further weaken checks on their authority. Here’s the Russia story so far.

In an obviously choreographed move, Putin gave the go-ahead to a constitutional change that would allow him to serve another two terms after his current term expires in 2024. “I’m sure the time will come when the highest, presidential authority in Russia will not be, as they say, so personified — not so bound up in a single person,” Putin said. “But that is how all of our past history came together and we cannot, of course, disregard this.” Of course not; “stability” in leadership is key. Who would disagree? After all, didn’t Stalin rule until his death? Why shouldn’t Putin have lifetime tenure, like Stalin or, more recently, Xi Jinping?

Putin’s thinly veiled initiative to ensure his continuation in power follows the traditional model of dictators. First, you modestly deflect “popular demand” that you consider staying in office. Then you show interest, but say it’s up to your legislature and the courts to make the call. Your lackeys respond by saying “society” requires a strong leader, and put in place a new law that opens the way to leader-for-life. (See the appeal by pro-Putin members of the Duma at the end of this blog.) Finally, you consent: As Putin said, two terms for a president are enough, but not now, when Russia faces so many “threats.” Ah, there you have it: national security.

Then a pandemic sweeps across the world, and while it brings unanticipated problems, it also provides an opportunity for autocrats to redouble their claim to absolute rule. In Russia, as in the US, China, and other countries, Putin initially said the situation was under control, but by late March he acknowledged that it was “objectively impossible” to stop the virus from spreading. The mayor of Moscow and a group of doctors pointed out that the official, very low infection figures were greatly underreported. (As of April 1, Russia is reporting about 2700 cases of COVID-19 and only twenty-four deaths.) Putin postponed a vote scheduled for April on a referendum that would endorse the constitutional change.

Moscow is now under self-isolation rules. Just so happens that postponement, coupled with regulations to restrict public gatherings, also prevents people from protesting the referendum. Other new laws allow the authorities to monitor people’s movements (www.themoscowtimes.com/2020/04/01/coronavirus-in-russia-the-latest-news-april-1-a69117).

The situation is tailor-made for Putin to declare himself the commander-in-chief in a war on COVID-19, just as Trump, Xi, and Orbán have done. After all, who but Putin can lead Russia, forever?

You say it can’t happen here?
————————-
“The people criticizing the amendment don’t love Russia. The attacks on [cosmonaut Valentina] Tereshkova [who introduced it] are attacks on our country because she has introduced a plan that will make Russia stronger. Vladimir Vladimirovich [Putin] is the rod keeping the Russian Federation upright. Internally, Putin can’t let himself just wash his hands of the whole thing and say, ‘I’m out.’ He picked up Russia at a point of no return and took on a responsibility that will stay with him for life. Polling shows that the citizenry supports him, and their opinion shouldn’t be neglected because Putin should have the right to another election. Popular opinion has always been important to the president, and that’s exactly why he didn’t agree to an automatic extension of his authority. The Constitutional Court’s opinion should be affirmative because they must respect the people’s choice. A ban on current presidents running again is a destabilizing factor. Oil and gas prices may fall, but our true resource is Putin, and we must protect him.”