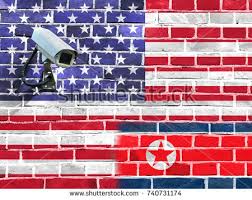 Possibly, just possibly, a new momentum for direct US-North Korea discussions is developing.  Secretary of State Rex Tillerson provided some of it when, in a talk at the Atlantic Council yesterday (December 12), he for the first time proposed talks without preconditions—a significant departure from previous remarks, echoed by other senior US officials, in which he insisted on North Korea’s cessation of weapons tests and lowering of tensions before any kind of talks might begin.

Tillerson’s proposal was almost a plea to Pyongyang to respond to an opening, perhaps in recognition that other US officials have lately suggested that time is running out before the US makes a military response to North Korea’s ongoing nuclear and missile tests.  Here’s what Tillerson said:

We’ve said from the diplomatic side, we’re ready to talk anytime North Korea would like to talk. We are ready to have the first meeting without precondition. Let’s just meet, and we can talk about the weather if you want. Talk about whether it’s going to be a square table or a round table, if that’s what you are excited about. But can we at least sit down and see each other face to face, and then we can begin to lay out a map, a road map of what we might be willing to work towards.

The other push for talks came from Jeffrey Feltman, the UN Under-Secretary-General for Political Affairs.  Returning from a visit to the DPRK, where he talked with North Korean foreign affairs officials, Feltman pointed to the urgency of conflict prevention in view of the “most tense and dangerous” situation on the Korean peninsula (UN Web TVhttp://webtv.un.org/watch/jeffrey-feltman-dpa-on-the-dprk-security-council-media-stakeout-12-november-2017/5672768786001/).  Specifically, he  “emphasized the importance of opening or re-opening technical channels of communications, such as the military-to-military hotline, to reduce risks, signal intentions to prevent misunderstandings, and manage any crisis. I also urged the DPRK to signal that it was prepared to consider ‘talks about talks.’ The UN or others can facilitate both of those processes, if desired.  My interlocutors and I agreed that my visit was only a beginning and that we should continue our dialogue.”

In short, both Tillerson and the UN leadership are on the same page in being prepared to start talks with the DPRK without insisting on any party’s agenda.

But will President Trump agree to reaching out to the North Koreans?  Or will “fire and fury” and the belief Tillerson is “wasting his time” on peacemaking remain his positions?  The North Koreans, having by their own account reached the end of the first stage of their long-range missile program, might be motivated by talks without preconditions—a longstanding demand—as well as by the UN proposal for conflict prevention measures.  It may require a concrete incentive, however, to move Kim Jong-un, such as suspension of military deployments and exercises that the North Koreans consider threatening and a shutdown of Trump’s hostile tweets.