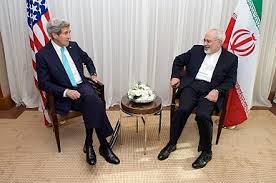 Nikki Haley, US ambassador to the United Nations, said the other day that Iran had violated the spirit of the 2015 nuclear accord and that President Trump was likely not to certify Iran’s compliance with it next month. There is no legitimate reason for such a step, but if Trump—who must certify compliance every 6 months—takes it, he would almost certainly set in motion another nuclear crisis side by side with the one with North Korea.

Two basic facts are before us: first, that the nuclear accord is very much in the interest of all parties, the US in particular; and second, that Iran is not in violation of the agreement.  Far from being “the worst deal ever negotiated”—one of those absurd Trumpian generalities—the Iran nuclear deal is a model of conflict management.  While the accord doesn’t permanently denuclearize Iran, it does ensure that Iran cannot produce or test a nuclear device for at least ten years. As a group of twenty-nine scientists and engineers well-known for their expertise on nuclear weapons and arms control wrote in an open letter to President Obama, the agreement

limits the level of enrichment of the uranium that Iran can produce, the amount of enriched uranium it can stockpile, and the number and kinds of centrifuges it can develop and operate. The agreement bans reconversion and reprocessing of reactor fuel, it requires Iran to redesign its Arak research reactor to produce far less plutonium than the original design, and specifies that spent fuel must be shipped out of the country without the plutonium being separated and before any significant quantity can be accumulated. A key result of these restrictions is that it would take Iran many months to enrich uranium for a weapon. We contrast this with the situation before the interim agreement was negotiated in Lausanne: at that time Iran had accumulated enough 20 percent enriched uranium that the required additional enrichment time for weapons use was only a few weeks (www.nytimes.com/interactive/2015/08/08/world/document-iranletteraug2015.html).

The letter points to other innovative terms, including challenge inspections of Iran’s nuclear facilities, a ban on nuclear weapon research and not simply manufacture, and verification procedures that last through 2040.  Thirty-six retired admirals and generals wrote in a similar vein, pointing out that the nuclear accord “is not based on trust; the deal requires verification and tough sanctions for failure to comply” (http://apps.washingtonpost.com/g/documents/world/read-an-open-letter-from-retired-generals-and-admirals-on-the-iran-nuclear-deal/1689/).

The International Atomic Energy Agency (IAEA) is given an exceptionally intrusive role in verifying Iran’s adherence to the agreement.  It has verified adherence a number of times.  Iran’s ballistic missile tests since 2015 and its support of Hezbollah have nothing to do with the nuclear accord.  The administration knows full well that Iran is in compliance; Trump has twice certified to that effect. Trump’s national security team, including Secretary of State Rex Tillerson, supports continuation of the nuclear accord. Haley’s comment that we shouldn’t pay attention to “technicalities” is simply an attempt to evade the issue, playing to Trump’s base and perhaps pitching her personal ambition to replace Tillerson.  She attended a meeting of the IAEA in late August on Iran’s compliance, and is quite familiar with the fact that IAEA inspections have turned up no violations of the accord.  Nor has the US provided evidence of any Iranian military sites that should be inspected for violations (www.nytimes.com/2017/08/31/world/middleeast/un-nuclear-iran-trump.html).

The Trump administration is simply looking for a pretext to scrap the nuclear accord, and there may well be enough votes in the Senate to bring that about if Trump chooses to make a clean break. (He could also declare Iran’s noncompliance but continue to seek enforcement of the agreement, thus avoiding Congressional action.)  In either case, Iran would be free to produce enriched uranium and heavy water for plutonium, putting it back on the road to becoming a nuclear weapon state.  Once Iran stops complying, expect Israel to gear up for another attack on Iran’s nuclear facilities—this time, with full US support. Trump would then find himself facing two nuclear-weapon crises without a diplomatic strategy for preventing either one from spiraling out of control.

Rather than keep threatening and sanctioning Iran—a path already shown to be totally unproductive with North Korea—the US ought to be thinking about how to improve relations. The accord gives both countries, along with the other parties (Russia, China, Britain, France, and Germany), plenty of time to find common ground and essentially make the nuclear option moot.  Iran wants foreign investment, recognition of its important role in a Middle East peace process, and especially respect from the United States.  Offered those things, Iran’s policies in opposition to the US in Syria, Iraq, Lebanon, and Yemen may be open to change.  That possibility needs to be tested through engagement, which is clearly preferable to pressuring Iran in ways that ensure the ascendance of Iran’s—not to mention America’s—hawks.