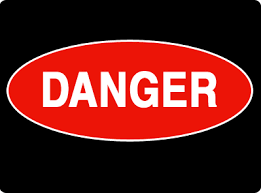 As Roger Cohen points out in a New York Times op-ed, “enemy of the people” is a tradition among fascists—“a near-perfect totalitarian pedigree deployed with refinements by the Nazis, Stalin and Mao” (www.nytimes.com/2017/02/24/opinion/the-unmaking-of-europe.html?ref=opinion).  It is being deployed in Europe today, and it is alive and well under Donald Trump.  And today (February 24), Trump took his attack on enemies in the news media to a new and frightening level by ordering news outlets—the New York Times, Lost Angeles Times, CNN, and Politico—to stay away from Sean Spicer’s news briefing.  Pro-Trump media, starting with Breitbart, are naturally allowed in, along with (at least for now) television news stations and the Wall Street Journal.

There is no question about the aim of Trump’s (and Stephen Bannon’s) action: He wants to intimidate his critics, forcing them to moderate their reporting and opinion while simultaneously demonstrating to his public—the 39 percent that unquestioningly supports him—that he is willing to go to great lengths to punish purveyors of “fake news.”  This is how fascists operate, of course: strong-arm tactics, harassment of enemies, whipping up public hostility to the regime’s critics.  Remember when Bannon, a few weeks ago, told the media to “shut up”?  He demands conformism, and this latest gambit demonstrates that he means business.  There is no telling how far he is willing to go.

The first line of defense against this cowardly assault on the media must be the media itself.  The Associated Press and Time refused to participate in the briefing in support of the barred journalists.  The White House Correspondents’ Association protested as well.  But what must happen, and soon, is a full-out boycott of Trump’s communications team until such time as restrictions on the media are removed.  Make no mistake; this what Bannon meant just yesterday when he talked about the administration’s aim of “deconstructing the administrative state” (see my APB at melgurtov.com).  We should call or write the media and let them know we stand behind their resistance to this latest outrage.