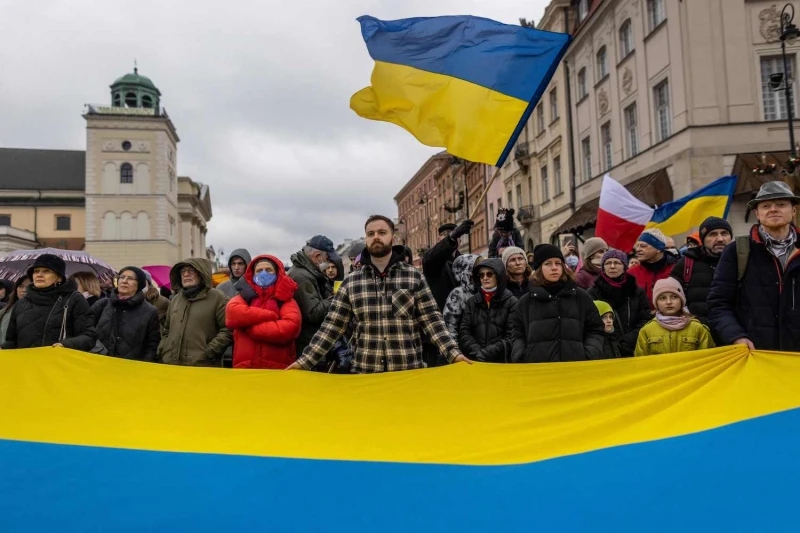 The podcast of this blog is at https://www.podserve.fm/episodes/55380/40-when-will-it-end-and-how.mp3

How will it end? In the wake of Ukraine’s stunning and stubborn resistance to Putin’s invasion, the question whose answer once seemed preordained now can be asked in all seriousness. The war, now a month old, might go on for many more months, or negotiations going on right now could result in an agreement between Moscow and Kyiv. No outcome, however, will spare the Ukraine people and government the pain of sacrifice and rebuilding—nor the enmity between Ukrainians and Russians.

Four considerations influence all the potential outcomes. One is Putin’s character. He displays all the worst features of a dictator: uncompromising, self-assured, isolated, insecure, and hateful. He has already fired or arrested some of his top intelligence people, evidently blaming them for failures on the battlefield. We see him lecturing his chief advisers like a medieval king might deal with underlings. Most relevant to this war: Putin demands a win. “The Russian leadership can’t lose,” said Andrei Kortunov, director general of the Russian International Affairs Council, a research organization close to the Russian government. “No matter what, they will need to end this whole story with some kind of victory.”

Second, quick victory is no longer possible for Russia; even victory after prolonged bombing and occupation of some territory seems implausible. The Russian military has taken heavy losses of life and equipment. Its main force is bogged down, its air force does not command the skies, and its only recourse is indiscriminate bombing that makes civilians rather than the Ukraine military the main target. In a word, the Ukraine campaign has become a massive intelligence and battlefield failure for Putin.

Third, international sanctions on Russia have taken a steep toll on its economy, its reputation, and Putin’s once-upon-a-time admirers. We have it from none other than Sergei Lavrov, Russia’s foreign minister, that “When the reserves of the Central Bank were frozen, no one would think, out of those who made predictions, what sanctions the West might apply” (https://www.politico.eu/article/lavrov-admits-no-one-could-have-predicted-scale-of-western-sanctions/). The sanctions have dramatically reduced the ruble’s value, cut Russia’s roughly $625 billion in foreign exchange reserves in half, and caused most international businesses in Russia to flee. Russia could be a pauper, a third-rate economy, by the time the war ends.

Fourth, there are no voices against the war around Putin: no major resignations of officials, no backlash from the military, no oligarchs protesting, no Chinese pressure, and of course no mass popular protests.

With those four circumstances in mind, what outcomes are possible?  One is a unilateral step by Putin that would be coupled with a triumphant statement. We should keep in mind that not all wars end in agreement; exhaustion on one or both sides can lead to withdrawal of forces without a settlement, or, as in the Korean War, the parties can create an indefinite cease-fire (an armistice). Putin might remove his forces from most of Ukraine but hold on to the Donbas and its two “people’s republics” without ever signing an agreement.

Diplomacy is much the preferred way to end this war. But any possibility of an agreed ending is likely to require painful concessions by President Zelensky in order to rid Ukraine of Russian military forces. The concessions now seem likely to include a declaration of neutrality and acknowledgment of Russian control of Crimea. They might also require Ukraine’s acceptance of formal autonomy for the two Donbas provinces. All these terms would probably be legitimized in the Ukraine constitution. The tougher issue is, What will Ukraine be able to extract from Putin in return?  What it should extract is Putin’s agreement to withdraw completely from occupied territory and formally declare (as Russia once did, in the Budapest Declaration of 1994) respect for the territorial integrity and sovereignty of Ukraine. Putin would also agree to remove all regular or irregular military forces from Donbas, and not place military installations anywhere near Ukraine’s border with Russia. Moreover, Russia should provide compensation for the horrific damage it has caused to life and property in Ukraine, perhaps as part of a UN-administered relief fund that would also enable Ukrainian refugees to return home.

Would Putin agree to these terms? Would Zelensky? Obviously, Ukrainian neutrality and an end to the NATO membership issue would be fine with Putin. Legitimizing his seizure of Crimea and Donbas would give him a partial but significant victory. As for Zelensky, he “must determine the degree of compromise he can condone and that Ukrainian citizens will accept. He will have to measure the imperatives of an unjust peace against those of a just but devastating war.” The authors of those words propose that the US and NATO offer security guarantees to Ukraine in place of NATO membership and of relying on Russian good faith as happened after the Budapest Declaration (https://www.foreignaffairs.com/articles/ukraine/2022-03-23/what-if-russia-makes-deal?). I think Ukraine should also be offered membership in the European Union.

Three items should be off the table in any Ukraine-Russia agreement. One is Russian war crimes, another is prosecution of Putin and other Russian officials before the International Criminal Court or the International Court of Justice, and a third is sanctions relief. The first two are legal matters that may or may not be pursued, though the ICJ has already made a preliminary ruling that Russia must stop its military operations in Ukraine (https://news.un.org/en/story/2022/03/1114052). As to sanctions relief, any discussion of them should only come in separate talks between the European Union, NATO, and Russia. Sanctions should be lifted step-by-step with Russian adherence to its agreement with Ukraine. When the last Russian soldier, tank, and jet leaves Ukrainian territory, sanctions can be put on the table. Not a moment sooner.