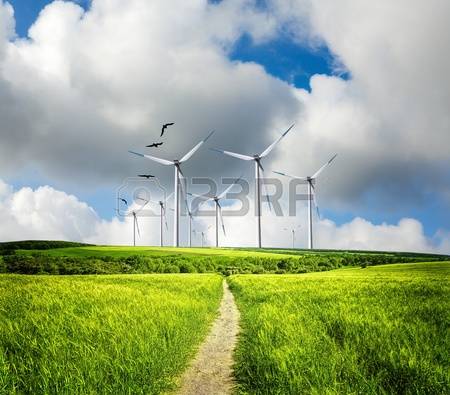 (Note to readers: This is the second of a two-part commentary, continuing reporting of good and bad news on the environment that began with my very first blog in 2014. To see earlier blogs, do a search at https://melgurtov.com.)

In 1992, 1700 scientists from around the world signed a “World Scientists’ Warning to Humanity.” The statement argued that “human beings and the natural world are on a collision course,” and urged immediate, dramatic to reverse the trend. Last fall the statement was updated. This “second notice” has now been signed by 20,000 experts (https://academic.oup.com/bioscience/article/67/12/1026/4605229#main).  As you would expect, the scientists report “insufficient progress” and warn that besides failing to deal with climate change, “we have unleashed a mass extinction event, the sixth in roughly 540 million years, wherein many current life forms could be annihilated or at least committed to extinction by the end of this century.”

Against that sobering assessment is some good news. Is it enough to give us confidence that we will not destroy ourselves?  I leave that to you; but the main message is that “it’s up to us.”

Protecting the environment is a bit like fighting a war: it takes action on two fronts—effective resistance and winning strategies—to be successful.  Resistance has come from many places: legal action by states and their industries impacted by the opening up of our coasts to oil drilling (www.nytimes.com/2018/01/04/climate/trump-offshore-drilling.html), for instance. Thirty-two US senators signed a letter to Secretary of the Interior Ryan Zinke January 9 protesting the decision and pointing out that further drilling isn’t necessary.  Nine governors and a number of governments agencies, including NASA and the US Air Force, have joined in objecting to the drilling.

Time and the law may also be on the side of protection: drilling requires technical and bureaucratic preparation that delays starting for many months, even years. Then there’s the surprise decision in January of the Federal Energy Regulatory Commission, dominated by Trump appointees, to deny a form of subsidy to the nuclear and coal industries that energy secretary Rick Perry had sought (www.washingtonpost.com/news/energy-environment/wp/2018/01/08/trump-appointed-regulators-reject-plan-to-rescue-coal-and-nuclear-plants/).  And there’s this fact: the administration’s sloppiness in implementing new regulations, creating opportunities for NGOs and other affected parties to sue over failure to follow proper procedures, as with Zinke’s offshore drilling decision (www.nytimes.com/2018/01/31/climate/trump-zinke-environmental-rollback.html).

Fortunately, Trump-era deregulation and other environment-destroying activities are being closely monitored by many sources, starting with the New York Times and the Washington Post: www.nytimes.com/interactive/2017/10/05/climate/trump-environment-rules-reversed.html and www.washingtonpost.com/graphics/politics/trump-rolling-back-obama-rules/?utm_term=.425fa498ab80.)  Harvard University’s Environmental Law Program is also tracking Trump: http://environment.law.harvard.edu/POLICY-INITIATIVE/REGULATORY-ROLLBACK-TRACKER/. So is the Columbia University School of Law’s Sabin Center for Climate Change Law: http://columbiaclimatelaw.com/resources/climate-deregulation-tracker/.

The latest study on the cost of switching to renewable energy for electricity once again shows just how sensible that switch is: declining costs and increasingly competitive prices for solar, wind, and hydro power (www.irena.org/-/media/Files/IRENA/Agency/Publication/2018/Jan/IRENA_2017_Power_Costs_2018_summary.pdf?la=en&hash=6A74B8D3F7931DEF00AB88BD3B339CAE180D11C3).  The more technology improves, competition widens, and projects worldwide gain experience, the greater the cost reductions will be, according to the International Renewable Agency.  To quote from its report: “Electricity from renewables will soon be consistently cheaper than from most fossil fuels. By 2020, all the renewable power generation technologies that are now in commercial use are expected to fall within the fossil fuel-fired cost range, with most at the lower end or undercutting fossil fuels.” Executives with some large energy companies are now saying the same thing (www.vox.com/energy-and-environment/2018/1/29/16944178/utility-ceo-renewables-cheaper).

What it comes down to is this: While Trump continues to tout “clean coal,” the story of the now-abandoned $7.5 billion Kemper power plant shows that clean coal is a mirage (www.theguardian.com/environment/2018/mar/02/clean-coal-america-kemper-power-plant).  No one is going to be building a coal-fired plant by 2020. And maybe not a nuclear power plant either. In fact, as the New York Times reports, some of the biggest energy companies are embracing wind and solar power as the economics of energy shift in their favor, even after federal subsidies end (www.nytimes.com/2018/02/06/opinion/utility-embracing-wind-solar.html).  Consider the deep-red state of Texas: wind power capacity now exceeds coal for the first time in the state’s history. As the Texas Monthly reports:

total wind power capacity in the state [is now] more than 20,000 megawatts, while coal capacity stands at 19,800 megawatts and is slated to fall to 14,700 megawatts by the end of 2018 thanks to planned coal powerplant closures. Next year, Luminant will shutter three coal-fired plants—Monticello, Sandow, and Big Brown—and San Antonio’s CPS Energy will close J.T. Deely Station. Wind capacity in the state will reach 24,400 megawatts by the end of 2018, according to projections from Joshua Rhodes, a research fellow at UT Austin’s Energy Institute (www.texasmonthly.com/energy/wind-power-capacity-surpassed-coal-texas/).

Bill McKibben reminds us that we don’t need Washington in order to impact climate change (www.theguardian.com/commentisfree/2018/feb/01/climate-change-action-trump).  Divestment from fossil fuel companies is one way. McKibben writes: “Consider what happened in mid-January, for instance, when New York City declared war on the oil industry, pledging to divest its $200bn pension funds of fossil fuel stocks and announcing that it would sue the five biggest energy majors for the damage they knowingly inflicted by not ’fessing up to their knowledge of climate change.”

The ongoing efforts of dedicated scientists working for the government to insist on evidence-based research are another source of resistance.  Scientists worldwide are not sitting still in their laboratories while global warming reaches a critical state (https://thebulletin.org/scientists-world-unite11115).  One finding does give us a bit more lead time to deal with global warming: a British study that concludes that Earth’s temperature is more likely to increase by roughly 2.8C during this century in response to a doubling of carbon dioxide in the atmosphere rather than by a possible 4.5C predicted by a UN agency (www.theguardian.com/science/2018/jan/18/worst-case-global-warming-scenarios-not-credible-says-study). But even that lower prediction hardly undercuts the urgency of dealing with climate change, as the study’s authors emphasize.

While Trump’s minions have been hard at work destroying the environment and ecosystem, high-minded scientists and ordinary citizens all over the world have been fighting to preserve our heritage and conserve precious resources.  The best of these efforts relevant to climate change are reported in a new book: Paul Hawken, ed., Drawdown:The Most Comprehensive Plan Ever Proposed to Reverse Global Warming (Penguin Books, 2017).  We should be encouraged as well by good news that is sometimes reported by the mainstream press but more often appears in the newsletters and magazines of environmental NGOs such as the Natural Resources Defense Council and Environmental Defense.  And let’s not forget that some of the best environmental protection efforts are taking place outside the US, such as China’s carbon market, Saudi Arabia’s solar farm to power 200,000 homes, and the agreement of most European Union members to end construction of new coal plants by 2020.

Bertrand Russell has the last word: “To preserve hope in our world makes calls upon our intelligence and our energy. In those who despair it is frequently the energy that is lacking.”