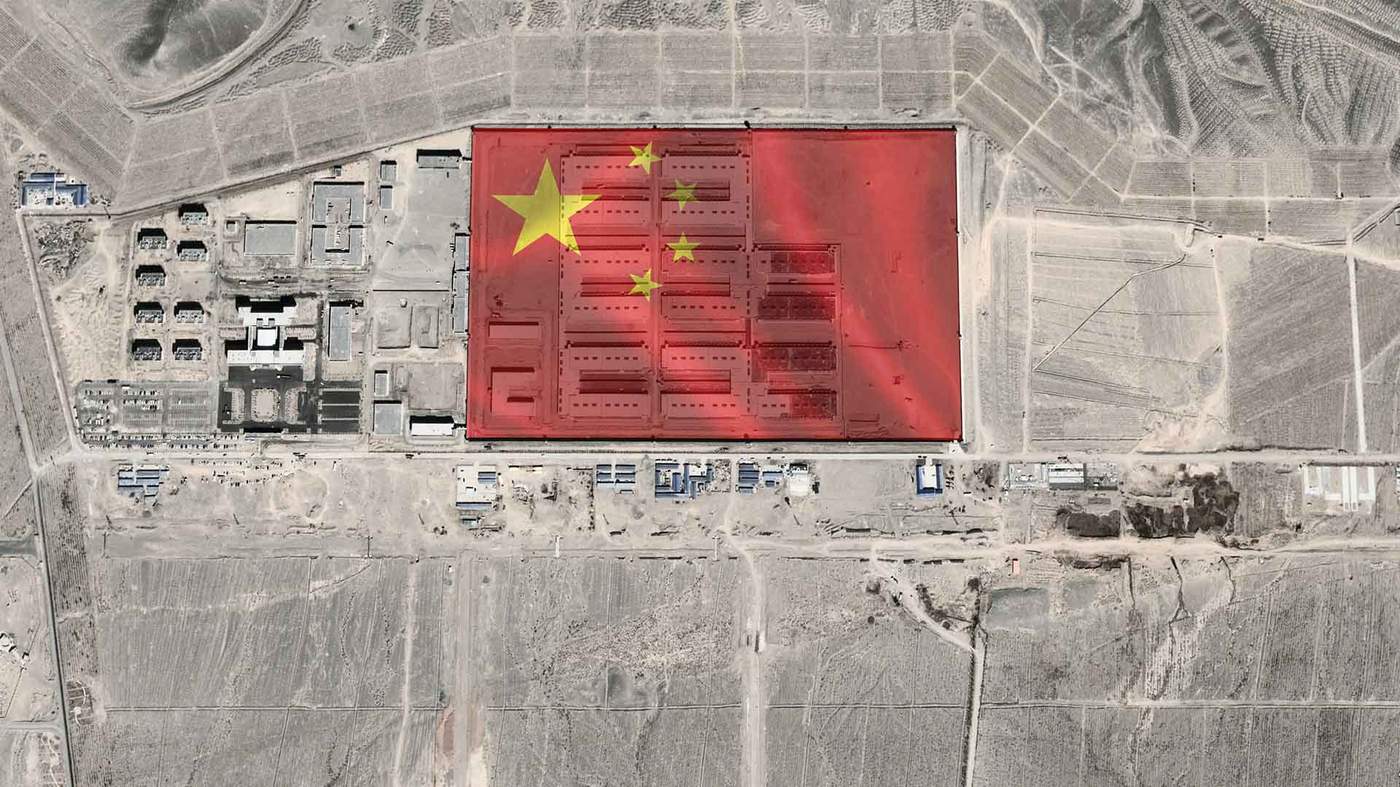 The roundup and incarceration of hundreds of thousands of people of a specific ethnic or religious group has all too many precedents in modern history. The fact that the group under examination here—Uyghurs and other Muslims in China’s Xinjiang Uyghur Autonomous Region—is being subjected to forced assimilation and other gross violations of human rights has led some observers to charge China with cultural genocide. It could be more than that, depending on one’s reading of the Genocide Convention.* In the eyes of the Chinese authorities, however, Xinjiang presents a national security issue that demands suppression (“reeducation” and “training”), surveillance (“counter-terrorism”), and invasion of the privacy of over 1 million Muslims. Add Xinjiang to the list of places where an oppressive state abuses the meaning of “national security” in order to impose total control.

In the Name of Social Stability

Under Xi Jinping’s leadership, the Muslim minorities in Xinjiang have been under constant watch and official coercion (https://www.nytimes.com/interactive/2019/11/16/world/asia/china-xinjiang-documents.html). A once-legitimate concern about attacks on Han Chinese, in particular a stabbing incident in 2014 that took 31 lives, has evolved into an entirely illegitimate and inhumane detention and incarceration program. The figures are staggering; One expert, Dr. Adrian Zenz, estimates the number of people detained in Xinjiang camps at 1.8 million (https://www.rfa.org/english/news/uyghur/detainees-11232019223242.html). Other estimates range from just under 1 million to 1.5 million. Initially, “reeducation” sought to replace Muslim culture with Han culture, in every way from language to smoking. Hundreds of dissident Uyghur, Kazakh, and other indigenous writers and other intellectuals were whisked away, imprisoned or simply “disappeared,” according to anthropology professor Magnus Fiskesjö of Cornell University. At the same time, Chinese hackers were embedding malware in smartphones to track Uyghurs’ movements and conversations, even when they left China, thus going far beyond anything George Orwell might have imagined (https://www.nytimes.com/2020/07/01/technology/china-uighurs-hackers-malware-hackers-smartphones.html).

(For a BBC video that strikingly displays the roundup and transport of Uyghur prisoners, see https://www.bbc.com/news/av/world-asia-53463242/china-s-ambassador-challenged-on-treatment-of-uighurs)

Enhancing this surveillance campaign is a nationwide system of facial recognition technology, street cameras, and, most ominously, DNA collection (https://www.npr.org/2019/12/07/785804791/uighurs-and-genetic-surveillance-in-china). China’s ministry of public security has announced plans to obtain the DNA via blood samples of tens of millions of male adults and children. Xinjiang and Tibet are just the starting point. The resulting data base will be sufficient to cover virtually the entire population and give the police additional capacity to pressure the families of criminals, real and political (https://www.nytimes.com/2020/06/17/world/asia/China-DNA-surveillance.html).

There is also evidence that the Chinese authorities in Xinjiang are seeking to suppress the birth rates of Uyghurs through enforced birth control and forced sterilization. The decline in the birthrate for Uyghurs is several times the national average in some parts of the province, leading some observers to call the situation outright genocide (https://www.washingtonpost.com/world/2020/06/30/chinas-campaign-genocide-could-bring-us-eu-closer-together/). Dr. Zenz is among them, having found that birth control is being vigorously enforced among Uyghur women. He draws an ominous conclusion: “These findings raise serious concerns as to whether Beijing’s policies in Xinjiang represent, in fundamental respects, what might be characterised as a demographic campaign of genocide” (https://www.theguardian.com/world/2020/jun/29/china-sterilising-ethnic-minority-women-in-xinjiang-report-says).

Beijing’s control is evidently complete enough that the Chinese authorities are assigning Uyghurs to other provinces for labor once they have completed reeducation (https://www.scmp.com/news/china/politics/article/3082602/china-plans-send-ugyur-muslims-xinjiang-re-education-camps-work). This program, temporarily halted when the coronavirus hit, has now resumed. Beijing sees the labor assignment as vindication of its reeducation; the “graduates” have supposedly shown that the internment camps really are just schools. But by now the evidence is overwhelming that what is actually occurring is a form of forced labor that further separates families and breaks up ethnic communities with the aim of destroying their primary identity.

What Can Be Done?

In a previous post (#249, December 2019) I asked: Is there anything the international community can do to mitigate the human rights violations taking place in Xinjiang? I mentioned three: naming and shaming, such as by the UN High Commissioner for Human Rights in a joint statement of twenty-two countries, in July 2019, and by the European Union; boycotting companies that invest in Xinjiang; and blocking World Bank or other international funds that might go to the Xinjiang authorities. Since then, fifty independent UN human rights experts have issued an extraordinary call in June 2020 urging China to “withdraw the draft national security law for Hong Kong . . . [and] believe it is time for renewed attention on the human rights situation in the country, particularly in light of the moves against the people of the Hong Kong SAR, minorities of the Xinjiang [Uyghur] Autonomous Region, the Tibet Autonomous Region, and human rights defenders across the country” (https://www.ohchr.org/EN/NewsEvents/Pages/DisplayNews.aspx).

All such efforts to bring light to the darkness surrounding Beijing’s repression may be of little avail. Attacking the problem at the technological end, to hurt suppliers and buyers alike, may prove more effective. Two US companies, Promega and Thermo Fisher Scientific, have been important suppliers of facial recognition and DNA technology used by Chinese public security officials to identify Uyghurs and other minorities (https://foreignpolicy.com/2020/02/19/china-xinjiang-surveillance-biosecurity-state-dna-western-tech/). German companies, including Volkswagen, Siemens, and BASF, are also either investing or manufacturing in Xinjiang (https://rusi.org/commentary/germanys-china-policy-change-through-trade-has-failed), as are Chinese technology firms. US sanctions have been slapped on over thirty Chinese entities to prevent access to this technology (https://www.commerce.gov/news/press-releases/2020/05/commerce-department-add-nine-chinese-entities-related-human-rights). Thermo Fisher, one of the US companies that supplies genetic sequencers to the Xinjiang police, asserts it has stopped doing business there, in keeping with its “ethical code” (https://www.wsj.com/articles/thermo-fisher-to-stop-sales-of-genetic-sequencers-to-chinas-xinjiang-region-11550694620). But it’s unclear if that commitment extends to other Chinese police forces, to other DNA technology that could be used to control populations, and to several other countries where the company has customers.

In June Trump signed a Uyghur human rights bill. But US credibility has been damaged by the revelations in John Bolton’s memoir that Trump privately gave Xi a pass on Xinjiang as well as Hong Kong. At a meeting in Osaka in 2019, according to Bolton, Trump said that Xi should go ahead with building camps for the Uyghurs—“exactly the right thing to do.” And on Hong Kong, Trump refused to weigh in on behalf of the pro-democracy demonstrators, saying “We have human rights problems too”—a view consistent with his earlier reported “deal” with Xi to downplay US criticism on Hong Kong provided the trade deal went through. (The Hong Kong Autonomy Act, passed in both houses of Congress, sanctions banks and Chinese officials rather than directly supporting pro-democracy advocates.) As Bolton reports, these comments were really all about Trump’s reelection hopes, “alluding to China’s economic capability to affect the ongoing campaigns, pleading with Xi to ensure he’d win.” Knowing Trump’s real priorities, and his administration’s attitude toward Muslims and other human-rights victims, Chinese leaders have reason to scoff at American protestations.

There are no easy answers to the general problem of alleviating a nation-state’s human rights conditions, even genocide, through international action. As we have seen in cases ranging from US arms supplies to authoritarian governments, ethnic cleansing in the former Yugoslavia, and Syria’s use of chemical weapons, responding to systematic violations of human rights rarely has priority over “national security” interests, let alone the interests of the “global community” and UN conventions. Appeals and ethical guidelines are certainly welcome, such as Human Rights Watch’s proposal that international companies “urgently evaluate how their products and services are being used [in China], and who their customers are. Any firm that cannot show it has assessed the human rights impact of its commercial activities and mitigated harm in what United Nations experts have labelled a “no rights zone” should do so now” (https://www.hrw.org/news/2019/02/22/thermo-fishers-necessary-insufficient-step-china). The wider the network of independent international groups and NGOs that support HRW’s proposal, the greater the chance that China will be deprived of the means of repression. A substantial victory would be if China’s police could be persuaded to destroy DNA files that have nothing to do with criminal wrongdoing and stop indiscriminate collection of blood samples (https://www.aspi.org.au/report/genomic-surveillance).

We have to realize, however, that China’s leaders, like most other government leaders, do not respond well to outside criticism and even less to accepting independent investigations of their actions. (See, for example, Posts #208 and #210 on the Trump administration’s rejection of UN investigations of poverty and human insecurity in the US.) Besides, for China, two other considerations are involved: Xinjiang, like Hong Kong and Taiwan, is an “internal matter,” and US pressure has lost value with the downslide of relations. There is no evidence that taking away Hong Kong’s special trade and financial status, decoupling the US and China economies, or forging a stronger US-European Union against China will force Beijing to reevaluate its human rights policies (https://www.washingtonpost.com/world/2020/06/30/chinas-campaign-genocide-could-bring-us-eu-closer-together/).

One other thing: a word of caution about criticism of China. Though it is fully warranted, we should not be self-righteous about repression there. Few countries are free of religious, political, or social oppression. Few have eschewed violent official responses to mass protest. Fewer still are the governments that have recognized, much less apologized and compensated for, the harm they have done in the name of social stability. We in America are now being forcefully, and rightly, reminded of these realities, though in fact our human rights record over many years is hardly exemplary. The scale of China’s human rights abuses may have no current counterpart, but it also falls within a depressing global pattern that embraces even the most “developed” and “democratic” countries. The struggle against abuses in one’s homeland is also a struggle against abuses abroad.
————————
*Under the Convention on the Prevention and Punishment of the Crime of Genocide (the Genocide Convention, 1948), to which China is a party, the international crime of genocide may mean, besides killing members of a group, “(b) Causing serious bodily or mental harm to members of the group; (c) Deliberately inflicting on the group conditions of life calculated to bring about its physical destruction in whole or in part; (d) Imposing measures intended to prevent births within the group.”