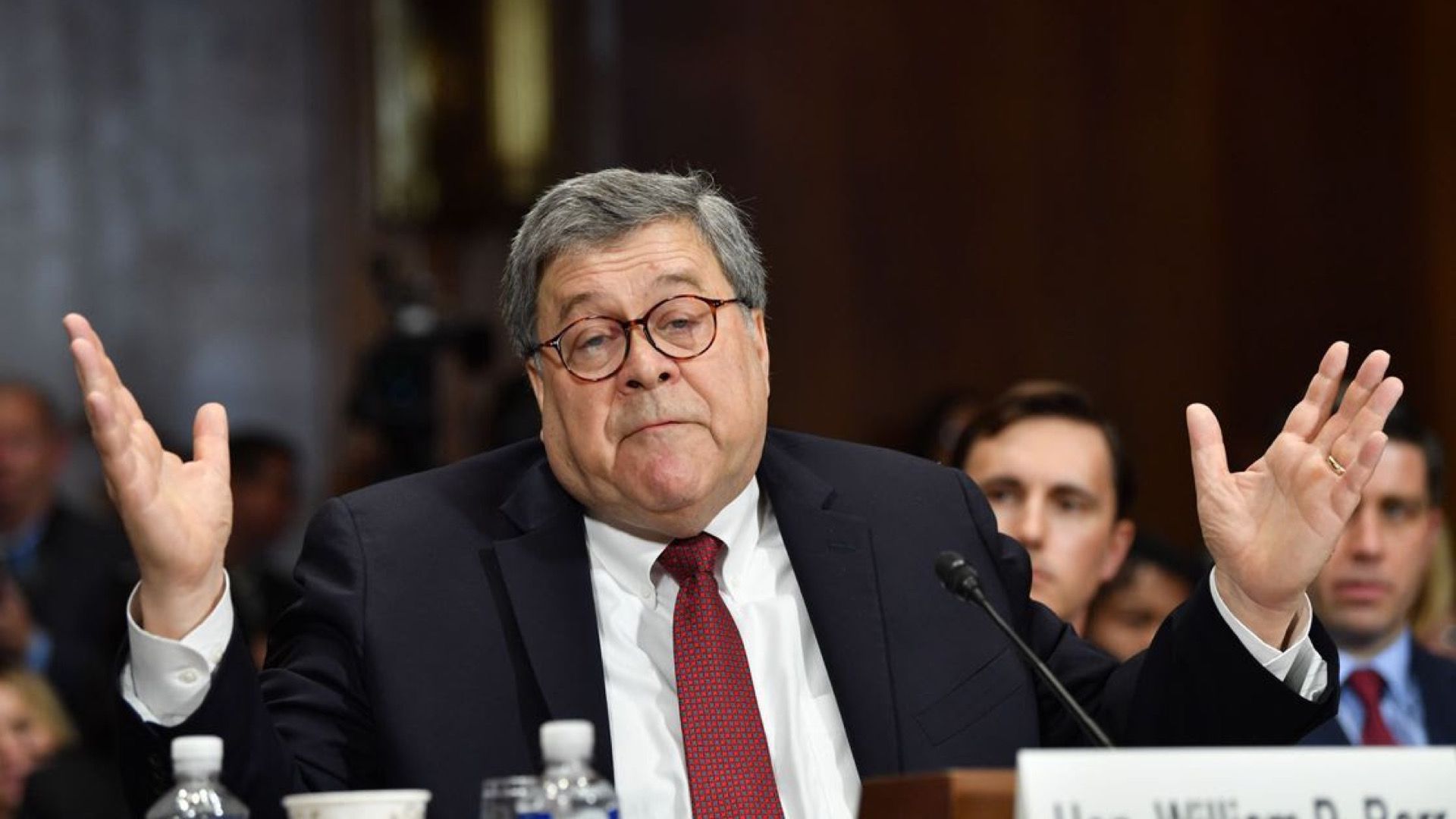 Attorney General William Barr’s interview the other day in which he said Trump’s constant tweeting had made his job “impossible” has gotten mixed responses in the media. Some think the comment exposed a genuine rift between Barr and Trump, while others saw it as farce. I’m in the latter camp: I think the whole episode has been choreographed with specific aims in mind.

First, I think Barr, besieged by criticism of his department’s handling of Roger Stone’s sentencing, wanted to promote the pretense of his independence from Trump’s influence. I won’t be “bullied,” Barr proclaimed. Of course this is nonsense: Barr has been Trump’s most faithful follower, doing his bidding on the Mueller Report and much else besides. Barr needs no bullying, just a phone call. No sooner did Trump declare Stone’s sentencing “unfair” and a travesty than Barr jumped, intervening to order a re-do and prompting four of his prosecutors to resign in protest. (Barr’s insistence that he overruled the prosecutors prior to Trump’s outburst is not credible.)

Second, Barr was trying to let Trump know—but really to let outside opinion believe—that he, Barr, had the situation in hand and didn’t need presidential interference. “I’m doing exactly what you want, Mr. President,” Barr was saying; no need to keep tweeting, which is ruining my performance. (Trump got the message; his parrot, “press secretary” Stephanie Grisham, said Trump was entirely satisfied with Barr’s interview comments.)

Third, Barr made clear in the interview that there are grounds for a president to interfere in ongoing investigations—exactly as Trump has now declared, saying he has the “legal right” to intervene in criminal cases. Trump has compiled quite a history of doing just that—obstructing justice—and Barr has been entirely on board with such behavior. Some in the media made it seem as though Trump was taking issue with Barr on this issue. Not at all; Barr has consistently defended Trump’s interventions and obstructionism.

What about a president’s attempt to use the justice department to get dirt on a political opponent? No, that’s seeking personal gain and isn’t appropriate, said Barr. Yet if Lev Parnas is to be believed, Barr was in on Giuliani’s Ukraine mission, and was aware that Trump’s withholding of aid to Ukraine was linked to Ukraine’s promise to investigate the Bidens. Where was Barr then? And we know where Barr was on Russian interference in US elections—traveling around Europe in search of evidence to support the spurious alternative thesis that the FBI had wrongly investigated the Trump campaign in 2016. Not a personal mission to absolve Trump?

Lastly, there’s the “poor Bill” angle. Barr has been taking an awful lot of criticism since assuming his office. His image as a straight shooter has been badly tarnished. And now he’s the victim of Trump’s bad judgment, a sympathetic figure who needs support from an understanding public and Congress. Oh, my.

So the real problem here is what it has always been under Trump: defiance of democratic norms and the rule of law, central to which is the justice department’s subservience to an autocratic president. If Bill Barr had an ounce of integrity, he would follow his prosecutors out the door.

UPDATE (February 17, 2020): Over 2,000 former justice department officials have called for Barr’s resignation in a public letter, saying that his intervention in the Stone case is “a grave threat to the fair administration of justice. In this nation, we are all equal before the law. A person should not be given special treatment in a criminal prosecution because they are a close political ally of the President. Governments that use the enormous power of law enforcement to punish their enemies and reward their allies are not constitutional republics; they are autocracies.”