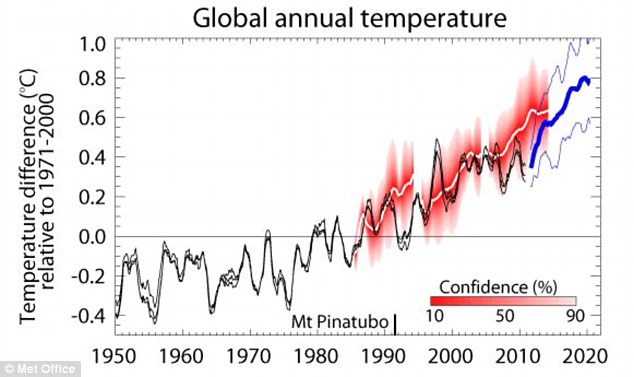 By now we’re accustomed to learning that every year brings record high temperatures around the world. Extreme weather, says Prof. Michael Mann of Pennsylvania State University, “is the face of climate change. We literally would not have seen these extremes in the absence of climate change. The impacts of climate change are no longer subtle. We are seeing them play out in real time and what is happening this summer is a perfect example of that. We are seeing our predictions come true. As a scientist that is reassuring, but as a citizen of planet Earth, it is very distressing to see that as it means we have not taken the necessary action” (http://www.theguardian.com/environment/2018/jul/27/extreme-global-weather-climate-change-michael-mann).

Ordinary folks, rich and poor, who live in low-lying areas such as port cities and towns on rivers and coastlines, and in certain forested areas, are in increasing danger of losing their homes—and possibly their lives—to floods and fires. But members of the governing and business elite always have the option to move away from flood and fire zones, not to mention pollution and hurricanes. So where’s their incentive to think ahead and about others’ wellbeing? They need to be called to account!
Climate change, Michael Mann explained, may not be the direct cause of every single weather event. But it raises the risk of disaster by as much as two-fold, and every such disaster adds to the possibility of ecosystem collapse. Just in the last few months we have more bad news in which climate change plays a part: loss of a near-record 39 million acres of tropical forests in 2017 (https://www.nytimes.com/2018/06/27/climate/tropical-trees-deforestation.html), and a tripling of Antarctic ice sheet loss over the last decade compared with the previous one (http://www.washingtonpost.com/news/energy-environment/wp/2018/06/13/antarctic-ice-loss-has-tripled-in-a-decade-if-that-continues-we-are-in-serious-trouble/?utm_term=.eb9a4c7bfe27).
Every world leader who shrinks from directly addressing this situation through public and international policy is, to my mind, guilty of a crime against humanity. A harsh judgment? As I read scientists’ reports about just how fast the polar ice caps are melting, how quickly seas are rising, and how temperatures worldwide are making new records, I conclude that worsening environmental conditions are outrunning both scientific predictions and the ability to act in time. Inaction in such dire circumstances is inexcusable, and should be punishable, on behalf of humanity.
The Trump administration is taking action, but in precisely the wrong direction. Adding to its horrendous record on the environment, the administration is pushing a plan to roll back Obama-era regulations on car and truck tailpipe emissions, which account for as much as 60 percent of carbon dioxide pollution in the US. Even car makers, concerned about the bottom line, are reportedly opposed to the extent of the proposed rollback of emission standards. But once again, it will be up to local-level resistance if this fight is to be won—our environmental and legal organizations and especially state governments like California’s that are determined to maintain tough (tougher even than Obama’s) carbon limits. In fact, California is on track to meet its legal commitment to reduce greenhouse gas emissions to 1990 levels by 2020 (http://www.sfchronicle.com/business/article/California-hits-2020-greenhouse-gas-reduction-13066821.php). That’s the kind of leadership we should follow.*
——
*And within hours of writing that, 18 other states reported that they would sue the administration to stop the rollback.